Last weekend (okay that’s a lie but I wanted my post to sound timely) I took a glass manipulation glass from the Revere Glass School. While called a Beginners Glass Blowing class, the focus was more on how to manipulate glass rather than glowing it. The visual I had in my head was of a giant furnace and a glob of glass on the end of a tub that I blew through like a balloon. The facts were that all the class members had their individual station with what resembles a blow torch attached to a table. We used the blow torches to heat glass rods of various thicknesses into a pliable state and created out projects from there. 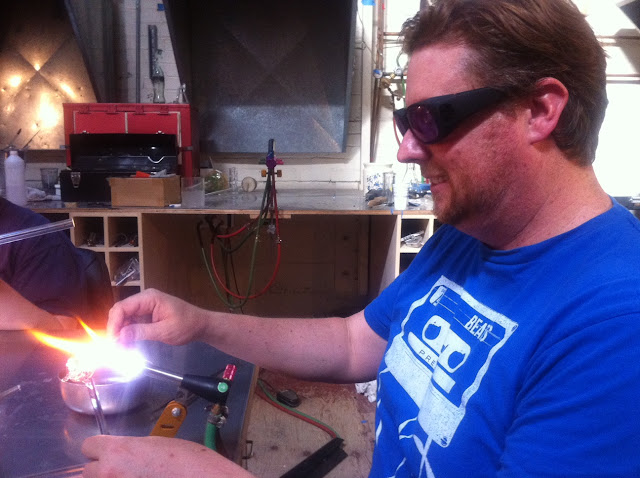 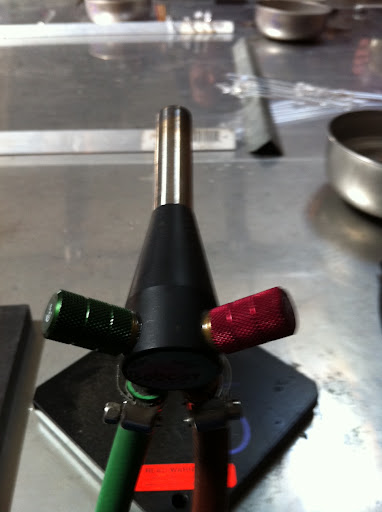 The first project was a “swizzle stick“. As seen below, the rod on either end are what we started with, then heated the glass and pushed it together to create the nodules. We then heated flattened an twisted the top to look like this: 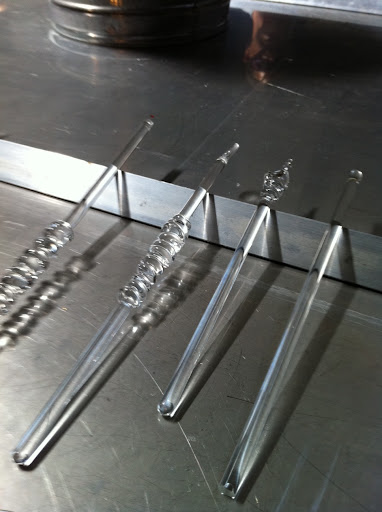 The second and third projects were pendants which were relatively simple to create save for the execution of the ring that holds the string. I favorite project of the day was the “mushroom” pendant which I decided was a jelly fish since I am not into the “‘shrooms” like a dirty hippie. 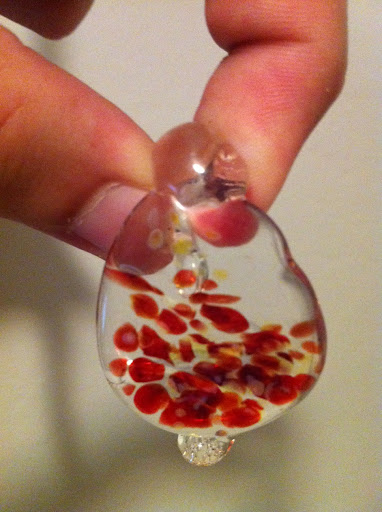 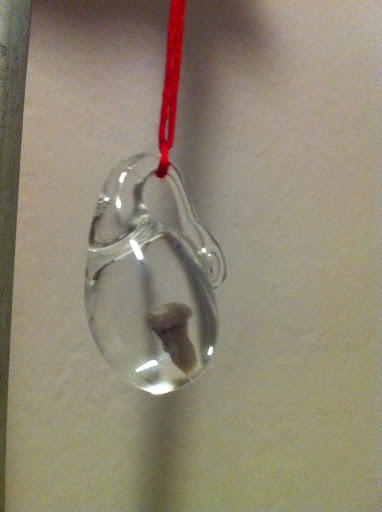 The last project of the day was the most difficult and most involved. We were also running out of time so I felt rushed. This is the first time in the four hour glass we actually got to blow some glass; the result was a blown fish…mine ended up with a giant nostril. I’ve nicknamed it Mariah since it can only be photographed on the left side. 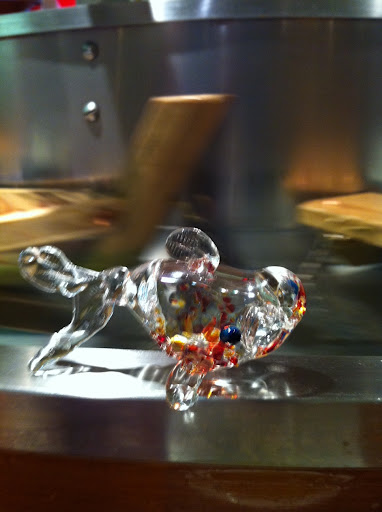